It was around 250 BC that the Greeks, following a military victory over the Ligurians, created Nikaia, the future Nice, and introduced viticulture to this part of the Mediterranean. It is the Romans who, creating there an important military chief town implant the current vineyard with the one of the garrisons, on Via Julia Augusta. It is there, along the future road of Crémat, that they dig two imposing galleries of more than 50 meters each to store the wine and the olive oil.

In 1902 a prosperous merchant from Nice, Antoine Mari, rediscovered these famous perfectly preserved galleries. Once again, they will serve wine cellars at the large building he will build above all while hitching up to replant the vineyard. Thus born the Castle of Cremat.

In the 1920s it became the property of Mrs. Irene Bretz, a rich American who began major development work to turn the castle into a mundane place. It will give great festivals or rub shoulders artists, wealthy families and crowned heads of Europe come spend the winter on the French Riviera.

In the 30s the castle is ceded to Pierre Thome. He will develop the vineyard, create and chair the winegrowers’ union of Bellet in whose name he will ask the A.O.C in 1937. that he will finally get on November 11, 1941.

At the end of the war the Château is taken over by Jean Banis, who in turn will work to develop the winery and perfect the quality of the wines, then yield the castle to advertising Jean-Pierre Pisoni.

But the real renaissance of the castle will occur in 2000. It is bought by a Dutch couple, Germila and Cornelis Kamerbeck, wine lovers fall in love with the French Riviera. The latter will enroll even at the University of Suz La Rousse to acquire the knowledge necessary to achieve his dream; become a winemaker. From then on, enormous works are undertaken with notably the construction of an ultra-modern cellar just next to Roman galleries which, from now on, will receive the barrels where the wines are raised. At the same time, Corneils Kamerbeck will transform the vineyard into an entirely organic A.O.C. Finally the castle will be completely rehabilitated and a French garden of more than 2000 m2 will be planted in ornament in the middle of chiselled towers and ramparts of neo-Tuscan style.

In 2013 he joined forces with Olivier Bettati and launched the construction of a 300 m2 orange grove where star chefs realized and revisited the Niçoise cuisine for weddings, art exhibitions, concerts, galas dinners and other tastings. rare wine. As at the beginning of the last century, the magic of the festivals of the French Riviera operates again at the Château de Crémat.

A unique castle on French riviera

Conveniently located at 10 minutes from the “Promenade des Anglais”and 8 kilometers from the International Airport of Nice Côte d’Azur,the CASTLE OF CREMAT is the gem of BELLET wines.This very small vineyard is one of the oldest in France,it’s plants were first planted by the roman legions, come to invade our country. Part of our cellars date from this distant era.

This vineyard is the only one in France located in the heart of a big town. The high quality of the wine was recognized in 1941 by obtaining one of the first A.O.C. The BELLET vineyard, as well as the CASTLE OF CREMAT have occupied an important place in the tumultuous history of the city of Nice. Today this unique site overlooking the sea and a part of the town of Nice as still one of the jewels of the capital of the french riviera.
It’s unique style, coming from neo toscan inspiratio nwelcomes you to discover and taste our Bio wines, issued from the grape varieties and unique autochones such as “LA FOLLE NOIRE” and the “BRAQUET” for our red wines and the “ROLLE” that you will find in most of the well known restaurants of the region.

In the heart of the château the french garden of 2500m2 “open sky art gallery” will allow you to discover works of artists from the prestigious school of Nice.The peacefull haven that borders an orange grove can welcome weddings, gala dinners ou business seminars that can be shared out in four other rooms

Unique place for unique wine, we will also make you discover tradionnal or revisited mediterranean cuisine cooked by two well known starred chefs from Nice, CHRISTIAN PLUMAIL, from the UNIVERS restaurant and DAVID FAURE from the APHRODITE restaurant where he has become the master of molecular cuisine.

Visits for individuals:
– Free
Visits for groups
– Free
Guided tour of the vineyard with wine tasting. On appointment. 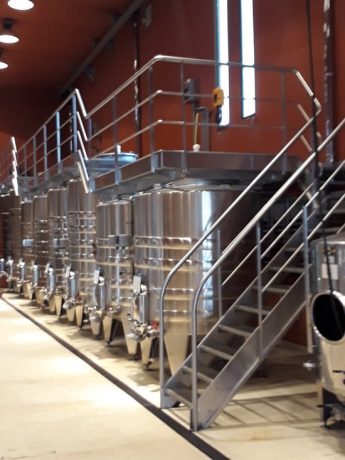 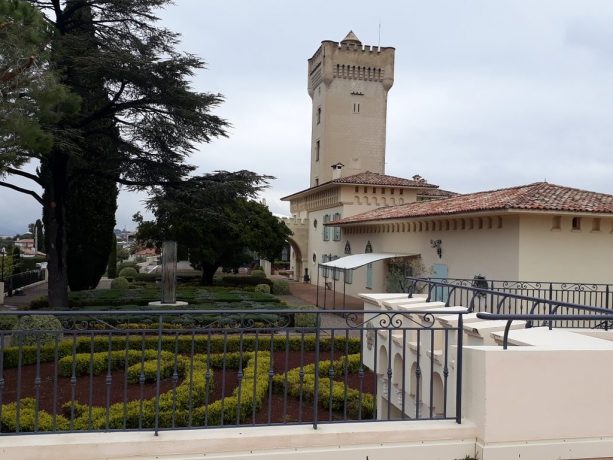 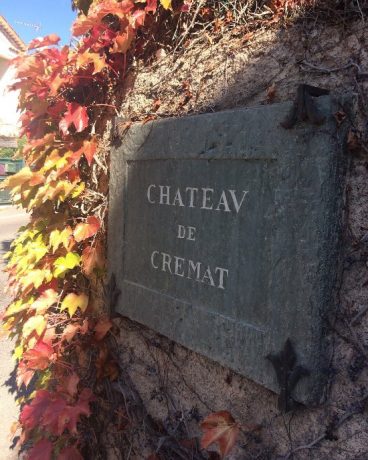 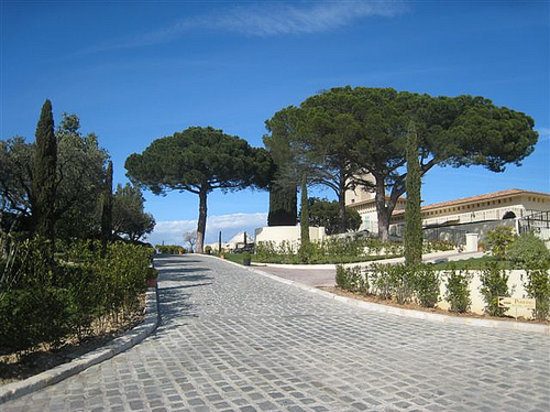 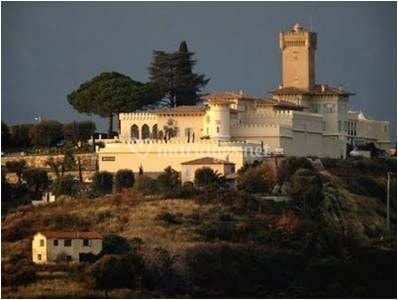 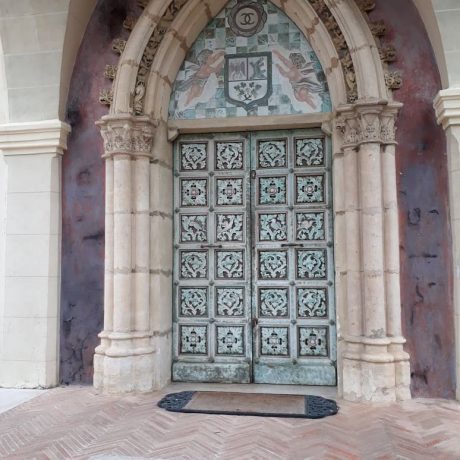 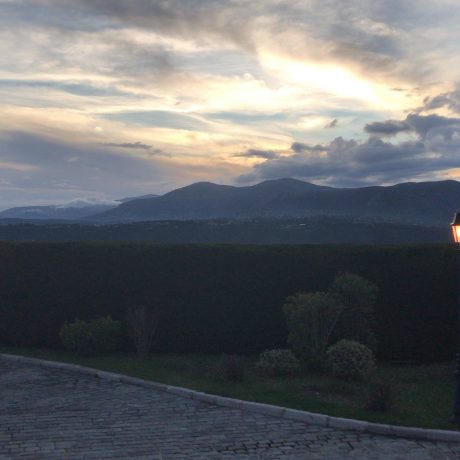 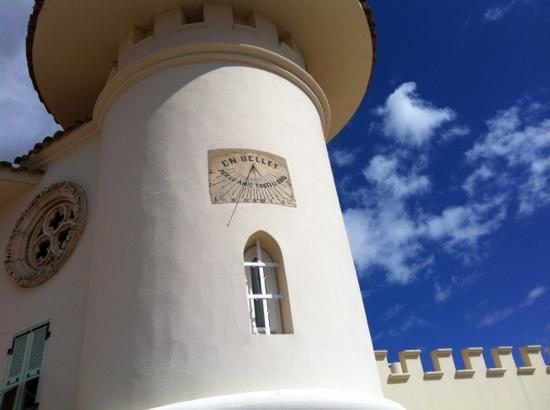 Enjoying a beautiful view of Menton, Italy and the Mediterranean sea. Surrounded by tropical vegetation and pine trees ,peaceful and relaxing vacation.

Overlooking Plage Mala, with direct access to the sea and private mooring this wonderfully appointed 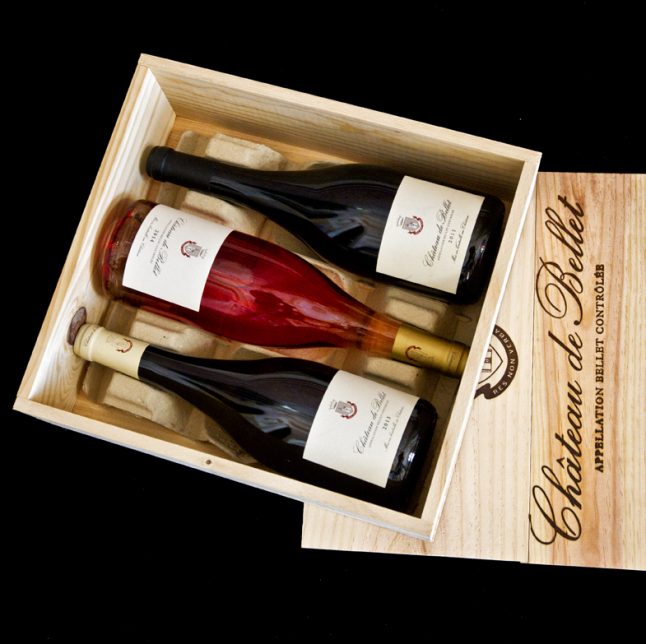