Built on the side of the mythical Rock of Monaco, the Oceanographic Museum has been watching over the oceans for over a century. Founded by the Prince Albert I, great grandfather of H.S.H. Prince Albert II, it was designed as a Palace entirely dedicated to Art and Science.From the ornamental facades to the adornments in the salons, everything in the Museum’s architecture evokes the marine world. Since its inauguration on 29 March 1910 and with more than 6,000 m2 open to the public, this Temple of the Sea has positioned itself as an international point of reference. Crowned 85 meters above the sea, it is an invitation to a wonderful dive and discovery of more than 6000 specimens; a place of exchange and culture, which confronts experiences concerning the protection of the oceans, the common heritage of mankind.

From the aquariums to the collections of Natural History, including the Shark Lagoon and the Turtle’s Island situated on the panoramic terrace, the Museum offers to visitors a unique learning experience to know, love and protect the oceans.

Faithful to the vision of its Founder «to gather together in a common eclat the two driving forces of civilization: Art and Science», the Oceanographic Museum opens its doors to contemporary art and hosts major exhibitions by renown international artists like Damien Hirst, Huang Yong Ping, Mark Dion, Marc Quinn and Philippe Pasqua.

An extraordinary monumental jewel conceived by a visionary Prince, the Temple of the Sea is today a key element of the Monegasque identity. With more than 665,000 visitors in 2015, the Museum is one of the esteemed attractions of the Principality also engaged in the scientific, economic and touristic arena.

Stroke a star fish, feel the spine of a sea urchin or touch a baby shark. Thanks to our facilitators, come and learn through your hands and discover the secrets of the inhabitants of the deep sea.

One of the highlights of a visit to the Monaco Oceanographic Museum, this is a unique opportunity for children to get up close to the fauna and flora of the Mediterranean.

For 45 minutes, our teams invite you to observe and touch some fifteen different species living in a pool open to the public. On the programme: a thousand and one anecdotes about the hermit crab shell, the catshark’s eggs, the crab’s pincers and the cuttlefish’s ink.

Guided by our facilitators, children will discover the particular characteristics of these sea creatures, learn to identify them and respect them. A fun activity to experience with the family, during school holidays !

Who is hiding underneath the third biggest carapace in the world? Come and find out in our new 600 m² area on the Museum’s panoramic terrace. In this magnificent setting, between the sea and the mountain, our facilitator will unveil the characteristics of the African spurred turtles.

Relaxation, games and discoveries. In addition to a 360° view over the Mediterranean and Monaco, the panoramic terrace of the Sea Temple has some major surprises in store, including a unique chance to get up close to some African spurred turtles, ancient reptiles now under threat of extinction.

Seven specimens, from Mali, live in this especially dedicated area. During school holidays, our facilitators are present at several different times in the day in front of the landscaped enclosure to explain the turtles’ way of life, their eating habits and to answer all your questions.

Children, as well as their parents, will be entertained in the fun area boasting a 15 metre long game in the form of a whale skeleton while a lounge terrace completes this open air area.

Boasting world-renowned expertise, the Museum presents more than 6000 specimens in their faithfully reconstructed natural habitat. Come and discover the amazing species of the Mediterranean, the incredible diversity of the inhabitants of the coral reef and the monumental Shark Lagoon, all under the same roof.

From the highly colourful tropical zone to the spellbinding charm of the Mediterranean section, the Oceanographic museum invites you to observe the underwater world in all its authenticity. The one hundred or so pools, ranging in size from 100 to 450,000 litres, are home to several thousand fish specimens, more than 200 species of invertebrates and around one hundred species of hard and soft corals.

Constantly evolving, the Museum Aquarium is one of the oldest in the world. As early as 1903, even before the inauguration of the Temple to the Sea, Mediterranean fish and invertebrates were kept here in cement pools. At the beginning of the 1930s, they were joined by tropical fish. Our vocation has always been the same: to pass on to the public our knowledge and love of the marine world to raise awareness of the threats to this environment.

Pets are not permitted inside the Museum except for service dogs. 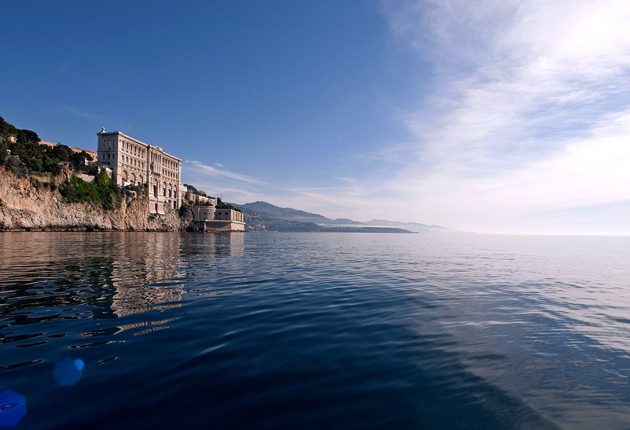 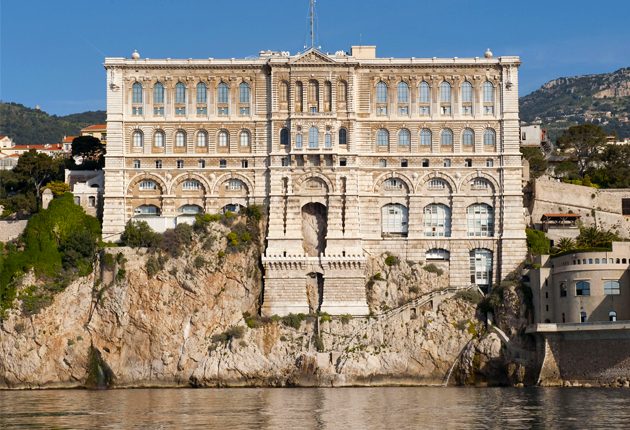 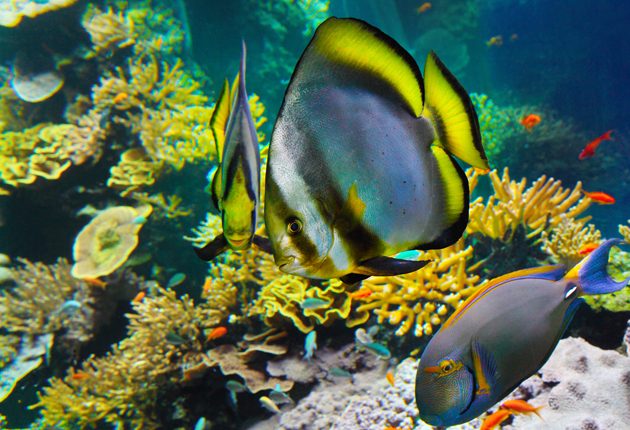 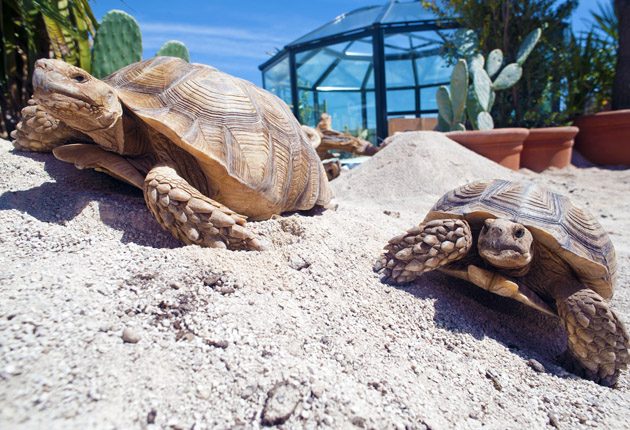 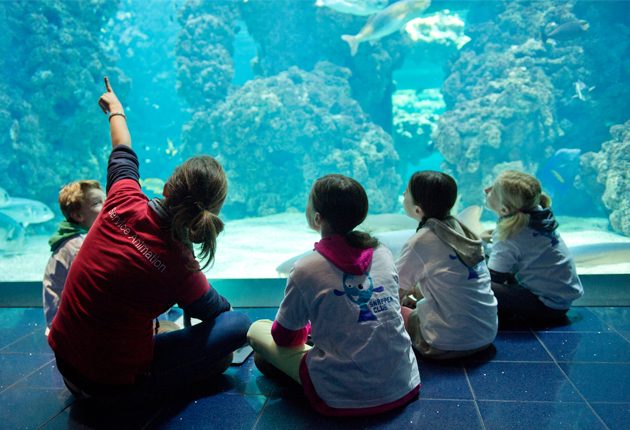 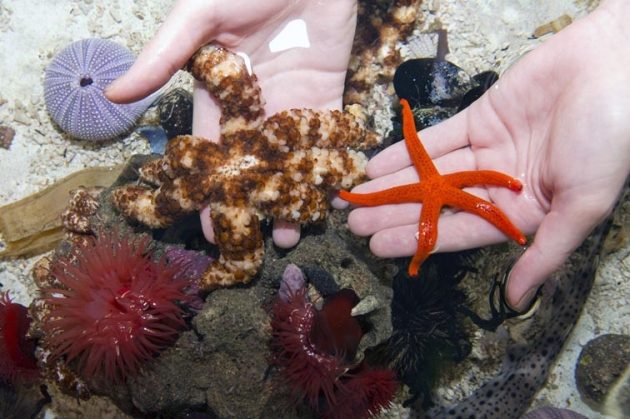 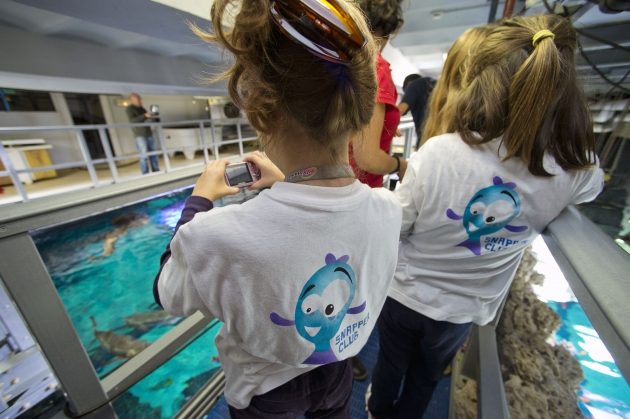 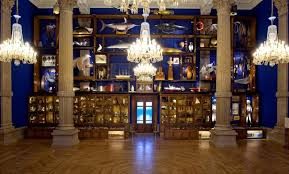 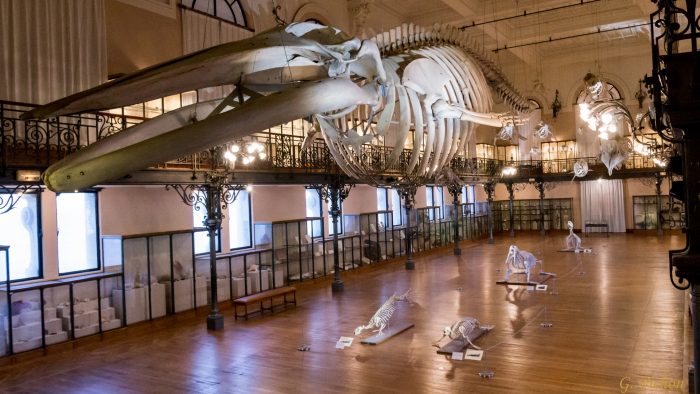 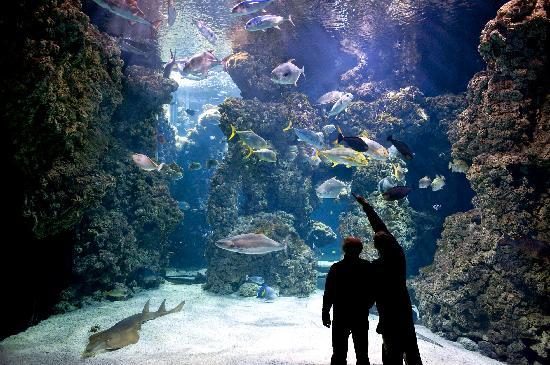 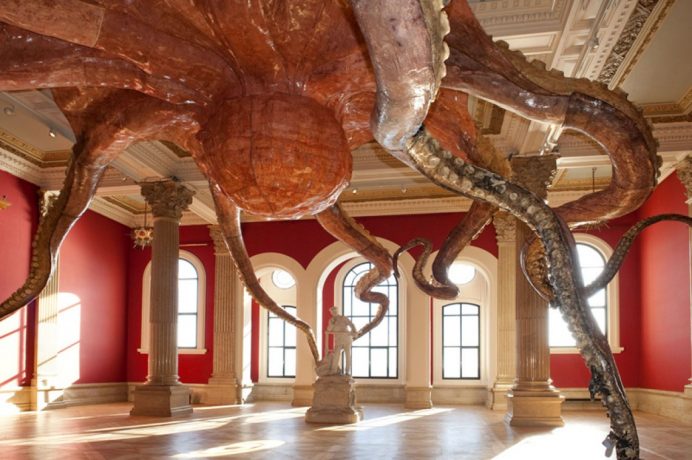 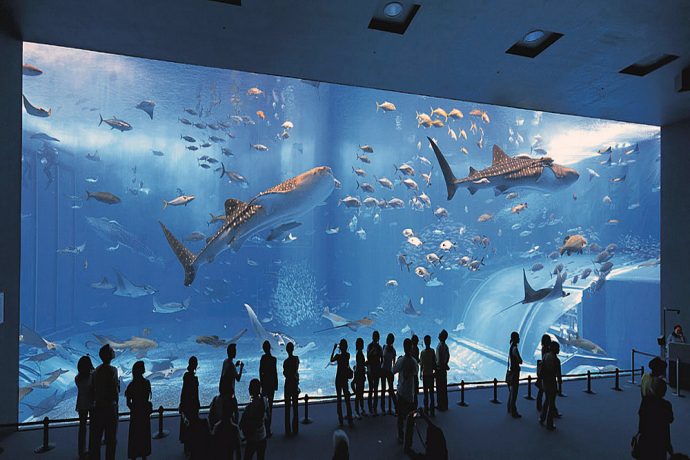